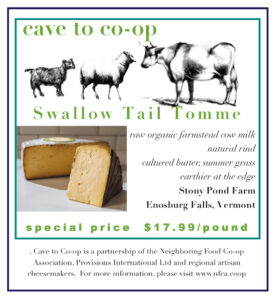 Stony Pond Farm is a 260 acre certified organic first- generation farm owned and operated by Tyler and Melanie Webb in Enosburg Falls, Vermont. When Tyler bought the farm in 2004 it was run down, had poor pastures, and no roads; it was exactly what he was looking for.
After a stint at a large conventional farm and then for the National Resource Conservation Service of the USDA he realized the conventional methods were not the path he wanted to take. It took sitting in at organic grazing meetings at conferences to point him towards the Northeast Organic Farming Association of Vermont and that particular run down farm. 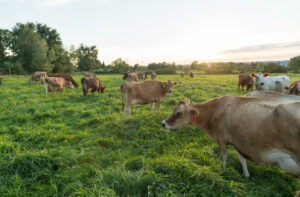 By 2007 Tyler had a herd of cattle, had built miles of fence, and was bringing the land back to life. To earn money, he was selling frozen grass-fed beef alongside cheeseburgers at Burlington’s Farmers Market; one week, a photographer from Brooklyn was visiting friends and stopped to grab a burger.
Melanie is a graduate of Carnegie Mellon and brings both business acumen and creative flair to Stony Pond. Leaving the city behind, but not her cameras, she moved to the Green Mountains and hasn’t looked back. In addition to working for a non-profit that advocates for people with disabilities, and along with promoting local biodynamic communities, Melanie’s also full time mom to Willow and Wyatt.

People looking at Stony Pond Farm’s cattle might come away scratching their heads. The mix of breeds is a little strange for most New England farms. There are Jerseys, Devons, and British White mixed together. The calves are even more unique. The milk comes from the pretty faced Jerseys and some of the Devons, giving plentiful and rich milk, which until summer of 2019 was sold to Organic Valley. A lifelong dream of making cheese had Melanie and Tyler converting an un-used part of their property into a cheesemaking room and another into an aging room where cheese is made 2-3 times a week.

If you were to ask a cheese pro what a Tomme is they’d likely give an answer along the lines of: it’s a small format natural rind farmer’s cheese. Another answer might be: Tommes refer to small cheeses made in the summer months w 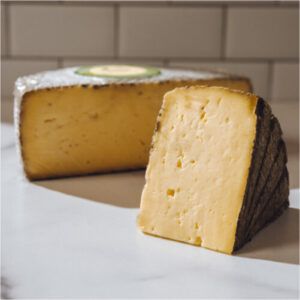 hile the ruminants are out eating fresh grass. Both definitions would apply to Swallow Tail Tomme.

Swallow Tail Tomme is named after swallows that swoop and dive over the fields at Stony Pond, controlling pests that would bother cow and human alike. Made using raw milk from a single milking, then aging for an average of ninety days, this cheese is a time capsule of the organic fields spring through early fall. 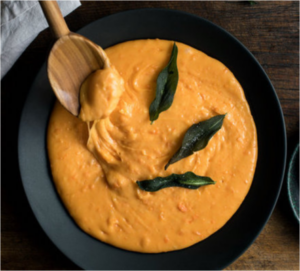 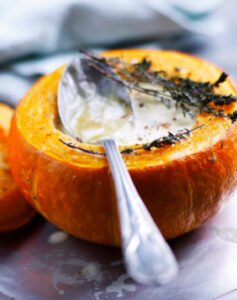