Growing a Co-operative Economy — Together! 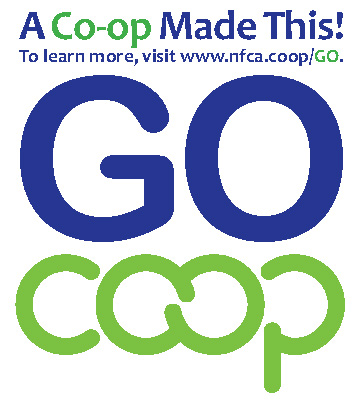 From food co-ops to farmer co-ops, worker co-ops to credit unions, and housing co-ops to energy co-ops, people-centered co-operative enterprises build a better world! And one of the best ways to grow the Co-operative Economy is to seek out and support co-ops in your community, when you shop and where you choose to invest. You can GO CO-OP every day by:

Special thanks to our partners at Cabot Creamery Co-operative, FEDCO Seeds, Organic Valley & Real Pickles for their support of our Go Co-op! program as we celebrate a Decade of Co-operation in 2021!

The Neighboring Food Co-­op Association is a federation of more than 35 food co-ops across New England and New York State.  Together, we are building our vision of a thriving regional economy, rooted in a healthy, just and sustainable food system.  We invite you to join your local food co-ops (you can join more than one!).  For a map of food co-ops in our region, visit www.nfca.coop/members.

Credit unions are co-operatively organized, not-for-profit financial institutions with a proud history of helping people help themselves and each other, building more resilient local communities. Members of credit unions pool their resources that are then used to provide loans and other financial services to one other. Many food co-ops have relationships with local credit unions. For example, members of River Valley Market in Northampton, MA, are eligible for membership in the UMASSFive College Credit Union, while Willimantic Food Co-op in Connecticut has a similar relationship with Northeast Family Credit Union.

Looking for resources for education and outreach? Check out “Co-operatives: The Business of Teamwork,” an educational curriculum includes modules for all age groups from first grade to adult, developed by the Farmers Union and the NFCA: