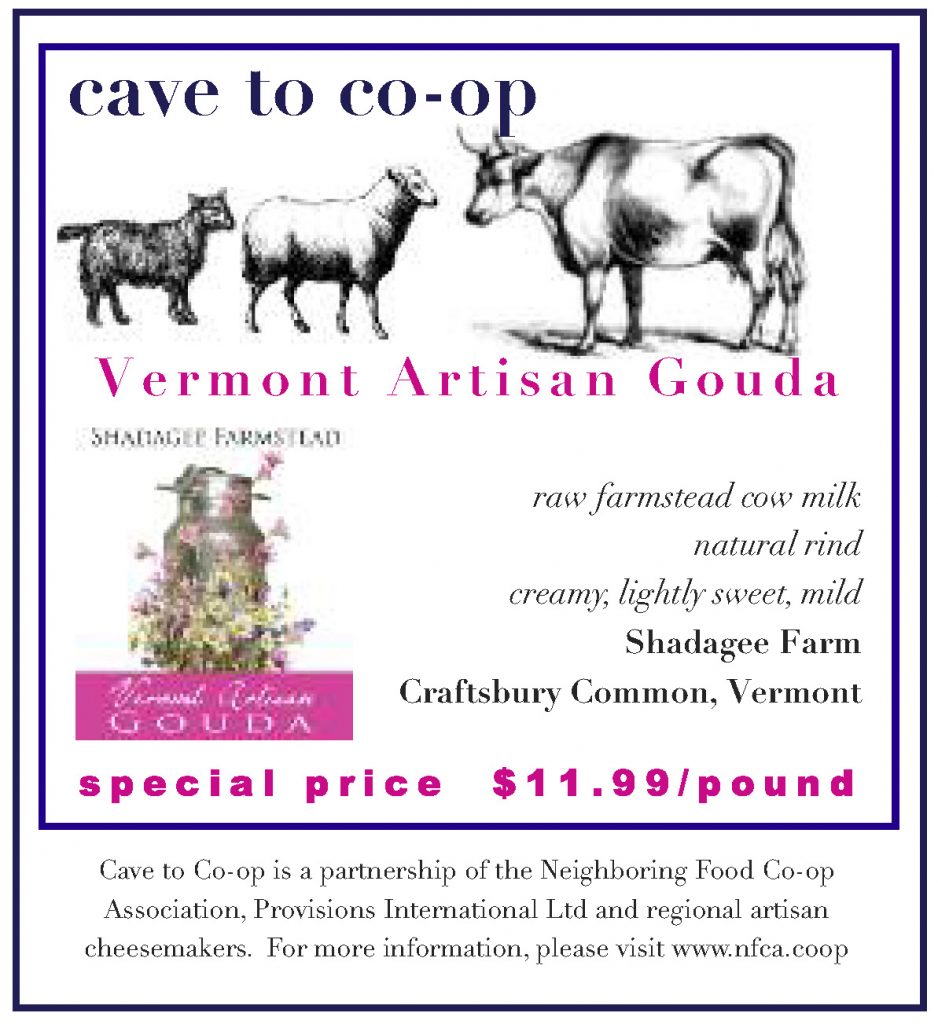 Marjorie Urie and family live and work on their Shadagee Farmstead in Craftsbury Common. Brett and Marjorie took over the family far in 2001 after 12 years farming with Brett’s parents. In 2009, they built a state of the art dairy facility and the way was paved for Marjorie to realize her dreams of turning their beautiful milk into beautiful cheese. And beautiful cheese it is!

The cheese is wonderful as a table cheese, in sandwiches and with fruit. Here are some recipes that use Vermont Artisan Gouda in ways that highlight its mild sweet qualities.

Toss the mushrooms with 3 T of the olive oil and some salt and pepper.

Roast in 1 layer for about 15 minutes on a sheet pan until golden brown, turning once. Remove from the oven and cool. In a small bowl, whisk the vinegar with the mustard, salt and pepper to taste and the remaining olive oil. Toss the mushrooms with the Gouda and the greens until evenly coated. Serve.

Pre-heat oven to 350°.  Combine cayenne, paprika, salt and pepper. Flatten chicken breasts to about ¼ inch even thickness. Season both sides of chicken with the spice mixture. Evenly distribute cheese on one side of each breast and roll up firmly. Wrap each breast in a slice of bacon and secure with toothpick. Brown the breasts in an oven proof heavy skillet over medium heat until brown and crispy. Bake in oven for 20 minutes. Remove from oven and let sit for 5 minutes before serving.