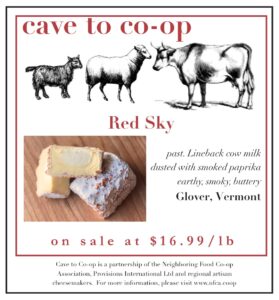 Sweet Rowen Farmstead is a grass-based, family owned and operated dairy farm located in Vermont’s beautiful North East Kingdom, about 20 miles south of the Canadian border. The barn is situated between woodlands and several rich fields where they rotate pasture and cut their own hay.

While not currently certified organic, all of the hay they grow and cut themselves is organic, as well as the pastures on which the cows graze. They do feed the cows a small amount of non-GMO grain to ensure that their diet is as healthful as possible. That grain is not always certified organic; organic grain is very expensive and they prefer to keep their milk costs accessible while treating the cows the best as they can. Many of their other farming practices meet organic standards, often going above and beyond to ensure the most responsible stewardship of the environment. In addition, Sweet Rowen considers the cows to be family and they want to be able to treat them if they ever become critically ill.

Cheesemaker Paul Lisai tends and milks the herd of Holstein and Randall Linebeck cows, a true Vermont heritage breed. The farm began selling milk in 2011, bottling a small volume each week at a rented facility in Albany, VT. In September of hat year, the bottling room was lost in a devastating fire, forcing the farm to reconsider their options. A decision was made to build a creamery on the family land, enabling the farm to bottle all of the milk on-site and sell it locally. The creamery opened in May of 2012 and is now not just bottling milk but cranking out small batches of delicious cheese. 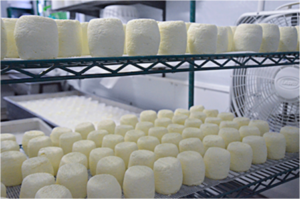 Red Sky is made in the molds that held Jasper Hill Dairy’s legendary Constant Bliss. Red Sky is made with slow pasteurized farmstead cow milk in a diminutive snowy white drum that is hiding a dusting of smoked paprika. Pristine and delicious with a slightly dense texture and a luscious, creamy taste, Red Sky has a warm and slightly spicy finish. 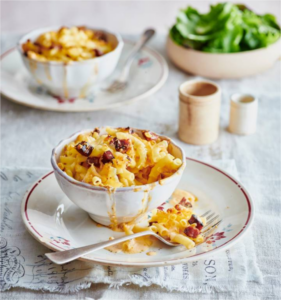