On December 21, 1844, the Rochdale Society of Equitable Pioneers opened a humble grocery store in the north of England.  The offerings on the shelves were modest: little more than butter, sugar, flour, oatmeal and candles.  The vision of the Pioneers, however, was ambitious. 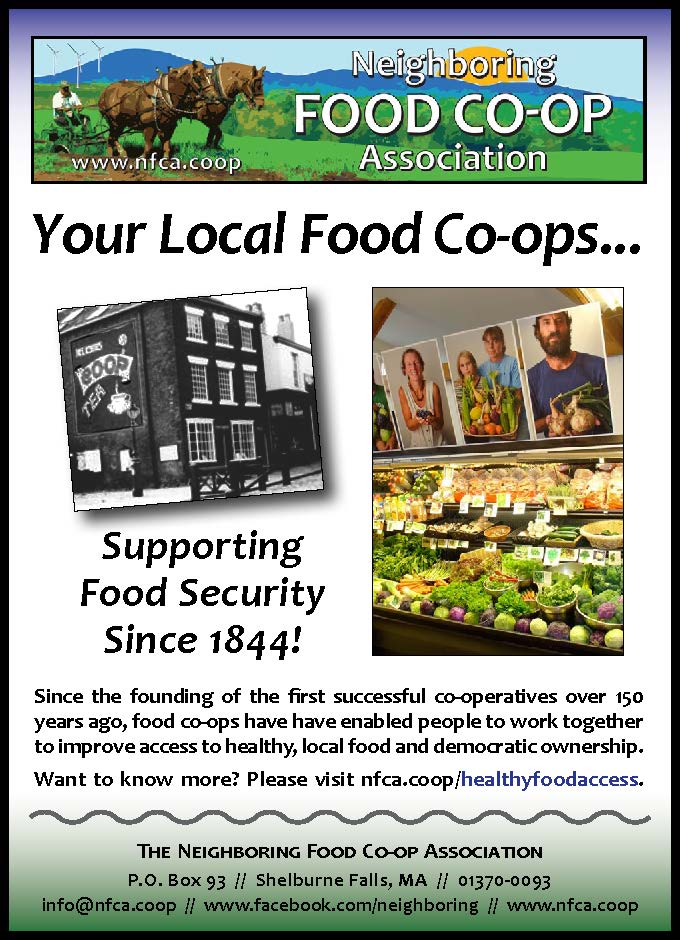 “What was the motivation of the Rochdale Pioneers, who codified the values and principles on which the co-operative movement has based since 1844?” asked Dame Pauline Green, President of the International Co-operative Alliance.  “We know it today as food security.”

At a time when access to nutritious food was limited and adulterated products were common, these activists saw an urgent need for an alternative. Basic products such as flour, coffee and sugar were expensive and often contaminated, mixed with limestone, sawdust or other ingredients to increase their weight and cost.  For working people, options were limited and many had no choice but to shop at the local “company store.”

Today, the aftermath of the economic recession has had a dramatic impact on the ability of people to provide themselves and their families with healthy food.  In the U.S., 23.5 million Americans (including 6.5 million children) live in areas with limited access to affordable and nutritious food, particularly in low-income neighborhoods and communities. In New England, the relative cost of high-nutrition less processed foods is among the highest in the country, when compared to low-nutrition, highly processed foods. Additionally, childhood obesity rates are higher in many parts of the region than the national average.

Food co-ops in New England have been pioneers and innovators in food security.  Some date back to the Great Depression, while others were founded in the 1970s and 80s, emerging as community-based responses to limited access to healthy, affordable food.  In recent years, a new wave of food co-ops has emerged, reflecting growing interest in local foods and democratic ownership.  Rooted in their communities, food co-ops are an effective tool for building healthy food access, stable markets for local producers, and sustainable jobs.

As food security has again emerged as an urgent issue in our region, the member co-ops of the Neighboring Food Co-op Association (NFCA) have been working to develop solutions that balance financial sustainability with offering healthy affordable food, supporting local economies and building fair relationships with workers and producers.  In collaboration with the Cooperative Fund of New England, Hunger Free Vermont and the New England Farmers Union, the members of the NFCA are sharing what they have learned from existing food co-op programs — “Food for All,” “Co-op Basics,” “Pennywise Pantry,” “Co-op Cares” — and creating new approaches to making healthy food and member-ownership more accessible.

In their day, the Pioneers saw a solution to their challenges in economic empowerment through democratic community-owned businesses.  Together, our Neighboring Food Co-ops are reaching back to their roots, building on a legacy of food security as we look toward the future.

Erbin Crowell serves as Executive Director of the Neighboring Food Co-op Association, a network of over 30 food co-ops and start-up initiatives, locally owned by more than 80,000 people like you.  He serves on the board of the National Co-operative Business Association and may be contacted at erbin@nfca.coop.

To learn more about the NFCA’s Healthy Food Access work, please visit the links at the top of this page.