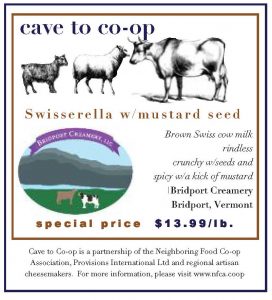 Nicole was born and raised on her family farm on the shores of Lake Champlain in Bridport, Vermont. Iroquois Acres was established over 50 years ago. Her family milks 325 cows on 1200 acres of farmland. Nicole has always been extremely involved in the dairy from milking to farm work. Nicole, her brother and sister have developed a well-known Brown Swiss herd of 110 including 50 milking cows showing nationally and sold for breeding stock all over the world.

Nicole earned an Associate’s Degree in Agriculture Business from SUNY Cobleskill. She returned to the family farm where she managed the young stock and dairy herd for 8 1/2 years. Her husband Mark is a trained mechanic, and works on his family dairy farm of 700 cows with 400 actively milked on 1800 acres in Middlebury. After their second child was born, they decided that two farms and two young children was too much. They relocated to Mark’s farm where they took over management of the milking herd. When both children were in school full time, Nicole decided she needed a change. Since 2009, she has been taking classes at UVM and has earned her Master Cheesemakers Certificate.

Swisserella with the addition of mustard seeds has a snap and a kick of mustard with whole mustard seeds mixed in giving it a nice crunch. A semi hard mild jack cheese with great melting properties. It is perfect for cooking anything from mac and cheese, to melting on a burger, or just snacking. 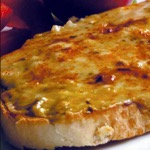 Combine cheddar, beer, butter, Worcestershire sauce, salt, dry mustard, and a dash of Tabasco in a medium pot. Cook over medium heat, stirring constantly, until it melts into a smooth sauce, 4-5 minutes. Pour melted cheese over slices of bread, sprinkle with ground pepper, if you like, and serve at once.