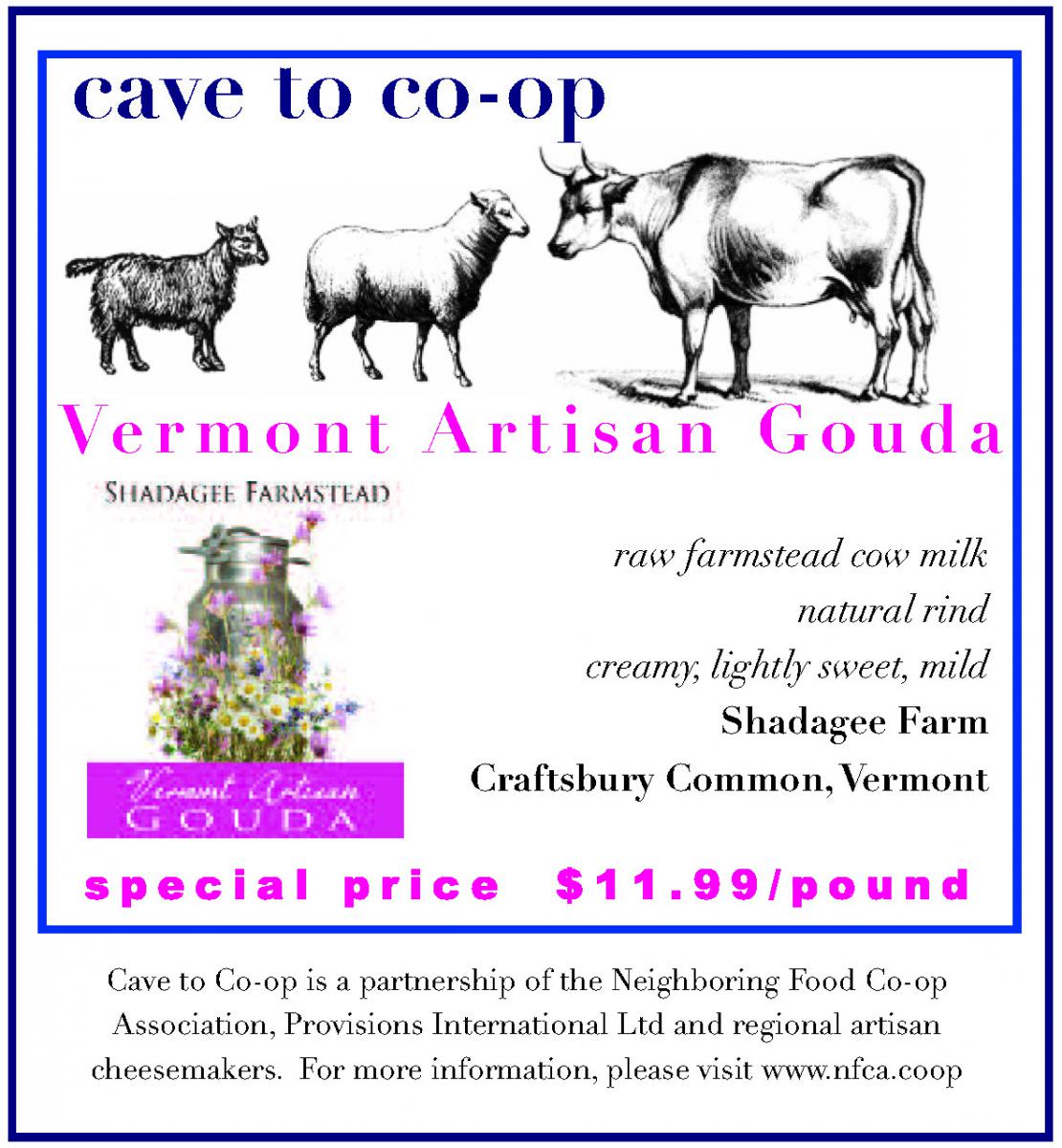 Marjorie Urie and family live and work on their Shadagee Farmstead in Craftsbury Common. Brett and Marjorie took over the family farm in 2001 after 12 years farming with Brett’s parents. In 2009 they built a state of the art dairy facility and the way was paved for Marjorie to realize her dreams of turning their beautiful milk into beautiful cheese. And beautiful cheese it is!

The cheese is wonderful as a table cheese, in sandwiches, and with fruit. Here are some fall recipes that use Vermont Artisan Gouda in ways that highlight its mild sweet qualities.

Whisk the vinegar, honey, ¾ teaspoon salt, and pepper to taste in a large bowl. Gradually whisk in oil, starting with a few drops and adding the rest in a steady stream to make a smooth, slightly thick vinaigrette. Set aside. Heat a grill pan over medium-high heat. Brush the plums with olive oil and sprinkle with salt and pepper to taste. Grill the plums until slightly soft, about 1 minute per side. To get distinct grill marks, resist the temptation to move the fruit around on the pan as it cooks. Cut the plum wedges in half crosswise and toss with the dressing. Set the plums aside to marinate in the dressing for 15 minutes. (The salad can be prepared up to this point 1 hour before serving.) Right before serving, toss the greens with the plums and dressing. Divide the salad among 4 serving plates and scatter the cheese and pecans over the tops.

Cook the bacon in a large soup pot until crisp. Set aside. Add the diced onions and the mushrooms to the pot and cook until the moisture released from the mushrooms evaporates and the vegetables start to brown, about 10-15 minutes. Add the sweet potatoes and garlic, stirring to combine. Add the thyme, bay leaf, and stock. Bring to a boil, then reduce to a simmer. Cook until the sweet potatoes are tender, about 15 minutes. Return most of the bacon to the pot, leaving a little extra to garnish the soup. Remove the bay leaf. Purée as much or as little of the mixture as you want in a food processor, and return the pureed soup to the pot (alternatively, use an immersion blender). Add the half and half and the Gouda. Simmer until the soup has heated through and the cheese has melted. Season to taste with salt and freshly ground black pepper. Serve, garnished with the extra bacon.