The Neighboring Food Co-op Association (NFCA) is a co-operative federation bringing together 40 Food Co-ops and Startup initiatives that are working together toward a shared vision of a thriving co-operative economy, rooted in a healthy, just and sustainable regional food system and a vibrant community of co-operative enterprise.

The NFCA includes 29 Food Co-ops and 11 Startups across the Northeast (click here for a map of member locations).

Our co-ops are member-owned and democratically governed community grocery stores ranging in size from large, multiple storefront retailers with thousands of members to small 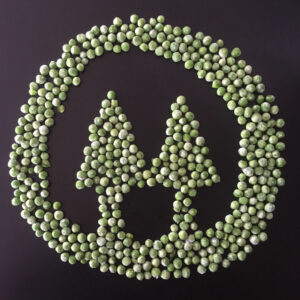 er markets with just a few hundred.  The average NFCA member co-op has been in operation for more than 30 years, with two founded more than 80 years ago. Despite the challenges of the current economy, many of our member co-ops are expanding and new stores have opened their doors in just the past few years.

The NFCA includes almost 40 Food Co-ops and Startups that…

An independent study found that in 2007, when the NFCA was comprised of just 17 co-ops, the association already had a dramatic impact on the regional economy, including:

Support of Local Government and Infrastructure…

The members of the NFCA are working together to support the shared success of our Food Co-ops through peer to peer collaboration and innovation, public engagement, regional sourcing, and partnership with likeminded organizations.

A focus of our work is to increase our regional impact and use our shared purchasing power to build a more. A central example is our “Farm to Freezer” program, a line of frozen frozen fruits and vegetables grown, processed and distributed here in the Northeast, and available only at our member food co-ops.

The NFCA has collaborated with groups across the region such as the Northeast Organic Farming Association, the Northeast Sustainable Agriculture Working Group and Vermont’s Farm to Plate initiative. Our association is an affiliate member of the New England Farmers Union, reflecting our shared commitment to a healthy regional food system, family farming and co-operative enterprise as a tool for community ownership, sustainable agriculture and economic resilience.

The NFCA supports the success of our member co-ops in collaboration with partners including National Co+op Grocers and Food Co-op Initiative, and is an example of the principle of co-operation among co-ops, which recognizes that “co-operatives serve their members most effectively and strengthen the co-operative movement by working together through local, national, regional and international structures.” In addition to working together as food co-ops, we partner with co-operative enterprises and associations such as Organic Valley, Cabot Creamery Co-op, Deep Root Organic Co-op, Real Pickles and the Valley Alliance of Worker Co-ops to grow the Co-operative Economy of our region.