The Neighboring Food Co-op Association (www.nfca.coop) and the Cooperative Fund of New England (www.coopfund.coop) are partnering with Hunger Free Vermont (www.hungerfreevt.org) to help food co-ops make wholesome, nutritious food and co-op ownership more accessible.  The “Food Co-ops and Healthy Food Access” project (FCHFA) strives to increase access to healthy food for those with limited means; support collaboration among food co-ops to engage and serve individuals and families with limited food budgets; and demonstrate the capacity of food co-ops to increase access to healthy food and business ownership for everyone. With a programmatic focus in western New England, project partners will share materials nationally through presentations and print and electronic media.

In the U.S. 23.5 million Americans (including 6.5 million children) live in areas with limited access to affordable and nutritious food, particularly in low-income neighborhoods and communities. The recent recession and its aftermath have had a dramatic impact on communities across our region, affecting people’s ability to provide themselves and their families with healthy food.

At the same time, food system advocates have been able to encourage a national dialog on healthy food, local food systems and food access. It is a sign of our times that the United States Department of Agriculture, Health and Human Services and the US Treasury have recently joined together as part of First Lady Michelle Obama’s Let’s Move initiative to reduce childhood obesity and increase access to healthy, affordable food.

Much of New England faces a particular challenge to healthy food access. When comparing the cost of high-nutrition, less processed foods to low-nutrition, highly processed foods, the relative costs of nutritious food is amongst the highest in the country. This is true across the menu, including the cost of milk vs. soda, whole grains vs. refined grains, and fruit vs. packaged snacks1. Additionally, childhood obesity rates are higher in many parts of the region than the national average.

Food co-ops have been innovators in a range of food and social movements, including community ownership, natural foods, organic agriculture, fair trade and economic relocalization. The roots of the co-op movement are in empowering working people in their daily lives through democratically controlled, community-based enterprise and represent an opportunity to expand the benefits of healthy affordable food and ownership into low-income communities.

Historically, food co-ops in our region have emerged as community-based initiatives in response to limited access to healthy, organic and locally sourced food. In many places, these member-owned buying clubs and grocery stores were the pioneers in making such products available to the community and encouraging competition by mainstream retailers in these areas. Most of the food co-ops in New England were founded in the 1970s and 80s, though at least two have their roots in the Great Depression. Despite the difficult economy existing co-ops continue to grow in sales and in membership. In the past few years, a new wave of food co-op start-up efforts has emerged, reflecting a growing interest in local foods and community ownership. Food co-ops would appear to be an effective tool for supporting healthy food access, locally rooted economic infrastructure and ownership opportunities due to the values and principles of the movement, relatively affordable member shares (generally ranging from $50-$175), and participation and governance on the basis of one member, one vote. However, food co-ops in our region vary in their success in recruiting low-income member/owners and in serving their communities. 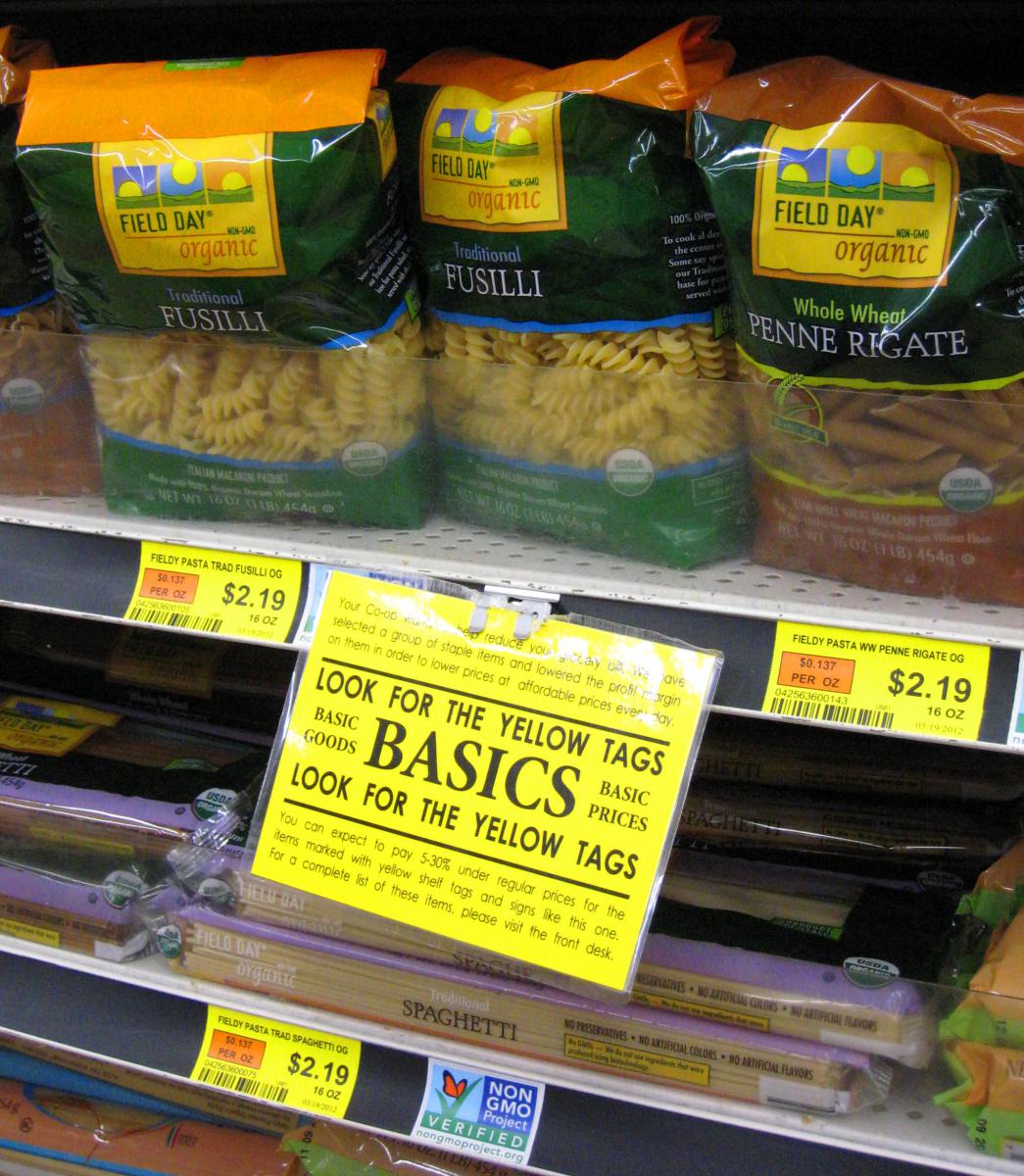 Many have successful programs in place to address barriers to participation, while others are challenged in developing effective strategies to reach these populations. For many food co-ops, there is the central challenge of being affordable to all sectors of the community while also facilitating economic support of  food systems that provide high nutrition, protect human and ecological health, and promote fair relationships with producers and farmworkers.

In response to these opportunities and challenges, the Cooperative Fund of New England (CFNE) and the Neighboring Food Co-op Association (NFCA) have partnered in a project to help expand the application of the co-op model to issues of access to healthy, affordable, regionally-sourced food. These organizations have also collaborated with CoopMetrics and the National Cooperative Grocers Association (NCGA) to survey food co-ops on a regional and national level about innovative programs to engage economically marginalized communities. Our goal is to better understand successful models, explore areas of opportunity and share these with food co-ops, community activists and economic development organizations.

CFNE has a 36-year history of providing capital and technical assistance to co-ops, worker owned enterprises, and non-profits in distressed communities, including many of New England’s food co-ops. NFCA is a co-operative association of more than 20 existing and start-up food co-ops in western New England that are committed to a shared vision of a thriving regional economy, rooted in a healthy, just and sustainable food system and collaboration among co-ops. Included in this vision is access to healthy, regionally sourced food for everyone.