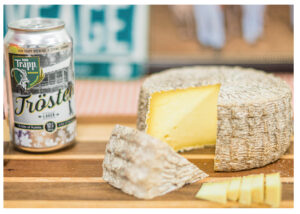 Inspiration is a raw cow milk cheese that is washed with von Trapp Brewing Trösten Lager this season. Trösten translates as ‘comforting’ and its rich chestnut toasty notes and smokey malty but light finish is a perfect complement to this rustic cheese.

With the creamery four miles from the farm, Stan transports their milk to the creamery on cheese making days. Debora milks the cows and also ships milk to St. Albans Cooperative. They make small batches of cheese only 8 to 12 times per month and increasing production according to demand. They milk registered Holsteins and Brown Swiss cows that are on rotational grazing in the summer months and fed grain and hay during the winter.

Mt. Mansfield Creamery started in June of 2009 and they now make cheese year around. Debora milks about 30 cows per day and receives awards for the quality of milk she produces. Stan, a graduate of Paul Smith’s College, has put his chef days behind him to concentrate on their recipes for cheese.

The cheese facility is in the heart of Morrisville, in the old United Farmers Creamery building. Not only did they renovate the building, but built their own cheese cave in the basement. They wash and brush the rinds to keep them thin to ensure that their product to be one hundred percent edible.

The recipe for Inspiration is from the island of Corsica and with the washed rind that offers a smooth and semi-soft texture with a nutty flavor. Here are a few recipes that highlight Inspiration’s lovely flavor.

Cheese Fritters with Inspiration and Scallions

Mix the breadcrumbs, cheese, scallions, lemon zest, dry mustard and parsley with the yolks. Add salt and pepper to taste. If the mixture is a little stiff add a bit of milk: it should be stiff but spoonable. Whisk the egg whites and fold them in.

Heat a little oil and butter in a large frying pan, add the mixture in spoonfuls (do this in batches if your pan is small). Fry until golden and then turn over to cook the other side. They need about 5-6 minutes in all to make sure the middles are cooked through. Drain on kitchen paper and serve with a spicy relish or salsa. 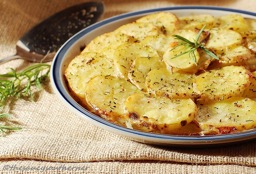 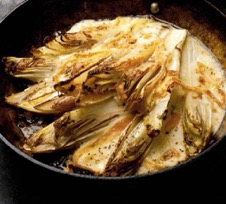 Pre-heat the broiler to high or turn the oven to its highest setting.

Trim the endive and cut lengthwise into quarters. Heat the olive oil in a sauté pan and soften the shallot for 2 minutes. Add the endive quarters, cut side down and cook for 3 minutes. Turn them over, cover the pan and cook for another 3 minutes, then season with salt and pepper. Arrange the cheese over the endive and sprinkle with the oregano. Slide under the broiler or into the hot oven for a few minutes until the cheese is golden and bubbling. Serve immediately.