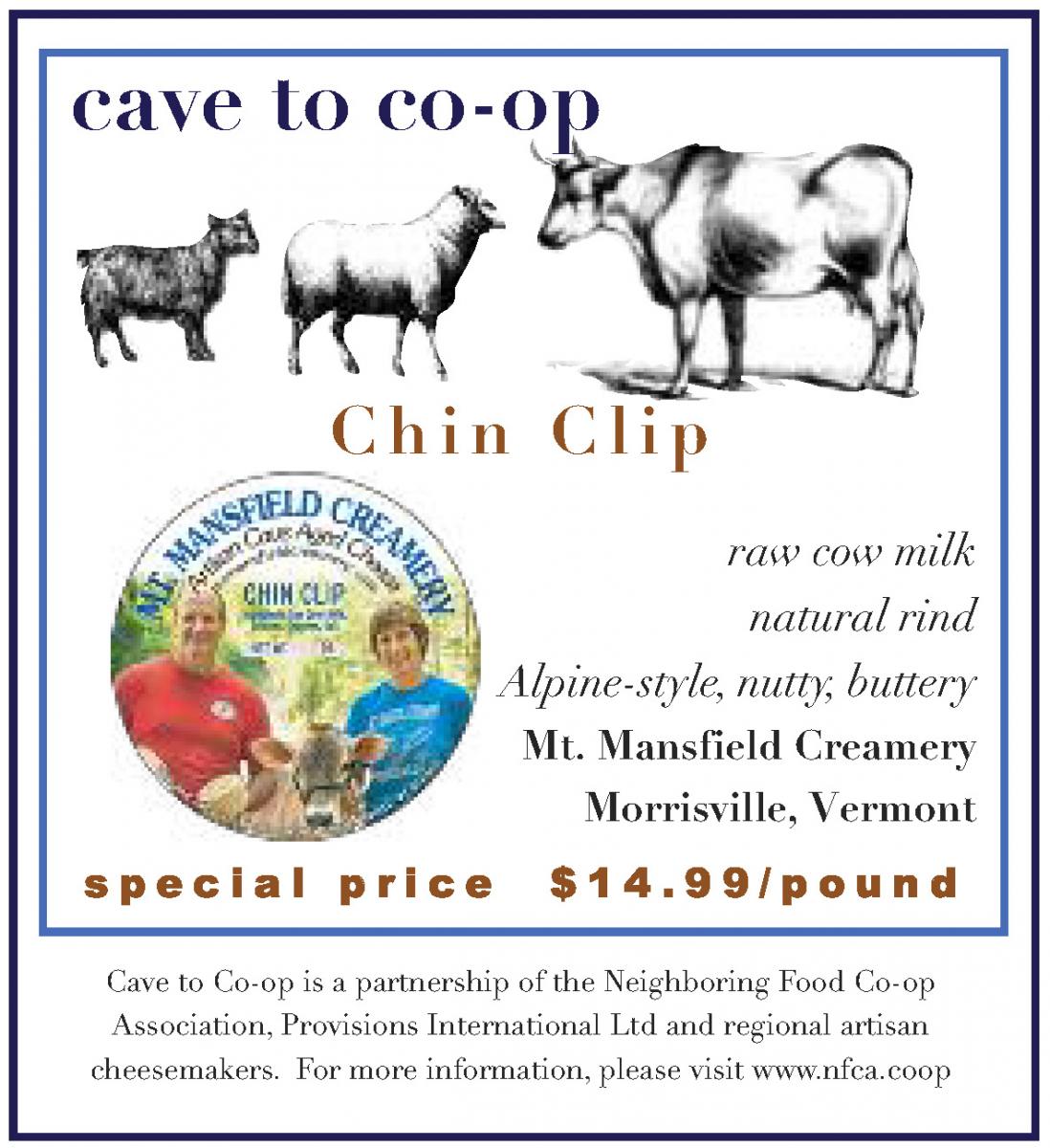 Mt. Mansfield Creamery is located in the town of Morrisville, Vermont. Stan Biasini and Debora Wickart have a mixed herd of Holstein and Brown Swiss cows and have produced a number of raw milk cheeses since 1999, using recipes with European origins. The cows are on rotational grazing in the summer months and fed grain and hay during the winter. Debora milks the cows each morning, and the milk is transported daily the four miles to the creamery for cheese production. Their cheese is aged for a minimum of 60 days in their cheese cave, rotated by hand weekly and washed with micro brew beers or wine pressings to keep their rinds thin. Both Stan and Debora are avid skiers and name the cheeses after trails on nearby mountains; Gondolier, Hayride, Chapel Lane, Halfpipe, Tres Amigos, Inspiration, Forerunner and Chin Clip. Chin Clip is named after a notoriously difficult ski trail on Vermont’s Mt. Mansfield.

Chin Clip is based on a recipe from the Austrian Alps and has a complex yet smooth buttery flavor that finishes with nutty notes. Here are a few seasonal recipes that bridge the gap between these chilly March days and the promise of spring.

Place the popover pan in the oven and turn it on to 350 degrees, allowing both the pan and oven to preheat. In a medium saucepan warm the milk over low heat. Meanwhile, whisk the eggs and then slowly whisk in the warm milk, a little at a time, making sure not to cook the eggs.  Set aside. Next sift the flour and the salt together and slowly add this to your egg mixture.  Combine gently until smooth. Remove your popover pan from the oven.  Spray with a nonstick vegetable spray, or use butter or shortening to carefully grease the hot pan. Fill each popover cup about three-fourths of the way. Place about 3 tablespoons of cheese on the top of each popover. Bake for about 45 minutes in the 350-degree oven.  When they are tall and golden, remove the pan from the oven and remove the popovers from the pan. Serve hot with butter.